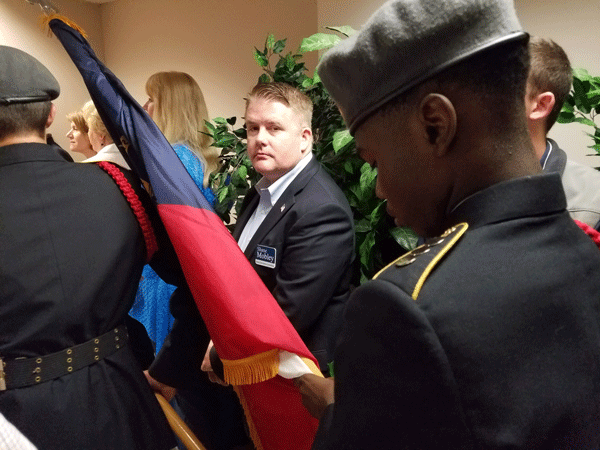 On Saturday, the Tenth District/Baldwin County GOP hosted a Republican gubernatorial forum that featured the four major candidates. Two of the candidates addressed transportation in terms that metro Atlanta business interests would appreciate:

First there was Hunter Hill, the former state senator from Buckhead:“Transportation is a foundational, economic development issue for our state. It’s also a constitutional priority that our leaders should fund. In the ‘70s, when Georgia and Atlanta, in particular, were growing at a rapid rate, transportation was 15 percent of the budget. The career politicians have underfunded this core competency of government, and now they always come to you and ask for a tax increase to fund what should have been funded on the front end.

"That’s why, as a constitutional conservative, we ought to prioritize transportation funding, and I am for larger investments in transportation, because that is directly attributable to job growth and economic growth for our people. I’m for funding transportation from the general fund…There are meaningful projects that we have discussed for years, but career politicians have not been willing to bring the resources to bear to get them done, to move our state forward." Hill called for doubling the state’s financial commitment to transportation, “without raising taxes.”

Then came Lt. Gov. Casey Cagle, who didn’t hesitate to use the word “transit.” Said he:“Absolutely. Transit is a big piece, a tool in the toolbox that is going to be critically important, just like we’re dealing with Amazon coming to our state. Transit is a part of that decision as well.” Secretary of State Brian Kemp has been emphasizing rural Georgia in his policy statements, and continued to do so:“My first question is going to be is how much is it going to cost, and who’s going to pay for it. Nobody likes congestion in Atlanta, but to relieve that congestion, what’s it going to cost you in Milledgeville or Baldwin County?”

At the same forum, dozens of Republicans picked their favorites for the slate of open GOP seats: Lt. Gov. Casey Cagle won the straw poll for governor, former state Rep. Geoff Duncan led the field for lieutenant governor, state Rep. Buzz Brockway topped a close secretary of state race and Shane Mobley bested the field for insurance commissioner. See the results here. And click here if you'd like to listen to the entire debate. (Greg Bluestein)